Part 2. Scagliola in the Service of the Catholic Church 160-1760.
Section V.  Carpi, Emilia Romagna
15. Altar Pieces  16. The Origins of Italian Scagliola  17. The Achievements of the Emilian Scagliolists.  18. Christian Symbolism in the Decoration of 17th and 18th Century altar fronts.  19. The Carpi Masters.

The earliest Italian scagliola is accredited to the school of Carpi, a wealthy town close to Modena in Emilia Romagna.  The material was used predominantly for the manufacture of inlaid altar pieces (paliotti), which were supplied by independent workshops competing with each other for commissions.  The scagliolists were generally educated and of a higher social status than their German counterparts; many came from aristocratic or religious backgrounds.

The predominance of Carpi in the origins and development of seventeenth century Italian scagliola has at times been overstated by local historians keen to emphasise the achievements of their own region.  Nevertheless, the town undoubtedly produced some of the finest and most distinctive scagliola work of the  period. 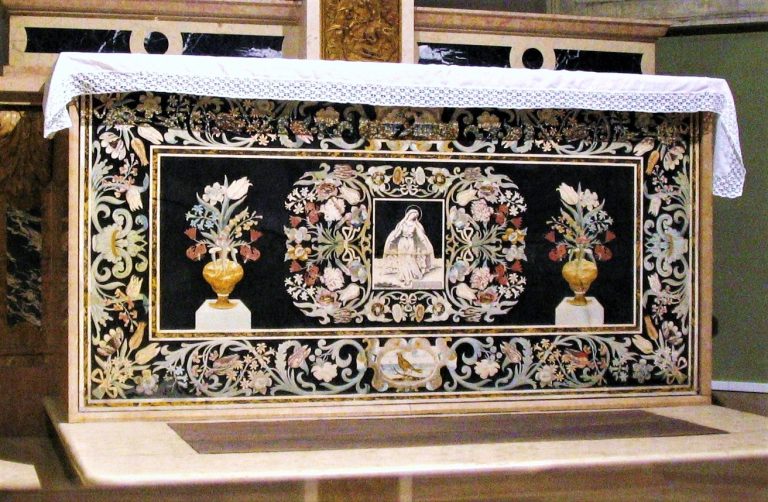